W-film presents three exciting VoD releases in the online shop for Spring 2021! In the warm-hearted documentary "Our Europe: Encounters in Five Countries", director Robert Krieg embarks on an intercultural research trip across our continent. Things get a bit more heated in director Xu Hongjie's documentary "On the Rim of the Sky", where two teachers struggle for cultural supremacy in the Chinese mountain village of Gulu. In his documentary "Sean Scully: Art Comes From Need", director Hans Andreas Guttner accompanies the Irish star artist Sean Scully in his inspiring creative process and takes the pulse of the joy of painting. 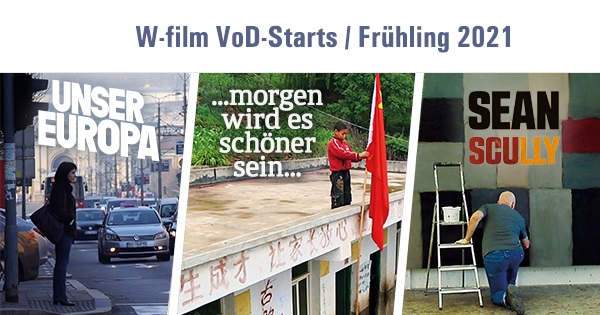 Premiere of "The Fever" with over 1,500 viewers

The cinema documentary "The Fever: The Fight Against Malaria" celebrated its successful online cinema premiere on Sunday, 25 April on World Malaria Day with more than 1,500 viewers! As of today, the film is available as a stream exclusively in the W-film online cinema via http://thefever.wfilm.de/en. A good cause: Locked cinemas that co-promote the online launch will receive a share of the revenue from W-film! As soon as the lockdown ends, "The Fever" will also be shown in cinemas nationwide. 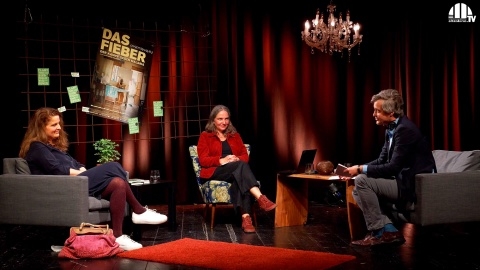 Picture, from left: Online cinema premiere of "The Fever: The Fight Against Malaria" with director Katharina Weingartner, Barbara Lux from the Altes Kino Ebersberg and presenter Peter Kreysler. © W-film

Online Premiere of "The Fever" with Herbal Medicine Expert from Uganda

At the online film premiere "The Fever: The Fight Against Malaria" on 25 April 2021, director Katharina Weingartner will talk live about her encounter with East African researchers who may be able to save countless lives with the medicinal plant Artemisia annua (annual mugwort). With Dr. Grace Nambatya Kyeyune from the Ministry of Health in Uganda, we now have a new and exciting interlocutor! As head of research at the Research Institute for Natural Chemotherapeutics in Kampala, she has contributed significantly to the recognition of herbal medicine in her country. The other talk guests are Prof. Peter Seeberger from the Max Planck Institute Potsdam, who is currently researching Artemisia against Covid-19, Dr. Tankred Stöbe from Doctors without Borders and Dr. Anselm Schneider from the German Society for International Cooperation. The livestream will start at 5pm at https://fieber.wfilm.de/en. For all viewers worldwide and free of charge!

Online premiere of "The Fever" worldwide and free of charge

On 25 April 2021, the documentary film "The Fever: The Fight Against Malaria" will celebrate its online premiere! Special feature: the live stream from 5pm via the film website https://fever.wfilm.de/en is free of charge and without registration: worldwide! Viewers can support the film distributor via a donation button at the online cinema launch. 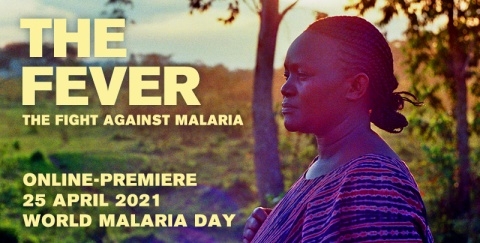 "A Uncertain Border" will be released on International Missing Children's Day

Child abuse in cyberspace is unfortunately still a sad reality! All the more important is a film like "An Uncertain Border" (Un confine incerto), which approaches the taboo subject sensitively and beyond common clichés. The feature film is already being distributed in Italy by the Cineteca Bologna, one of the most important European cinematheques. From 25 May 2021, "An Uncertain Border" will be released exclusively in the W-film Online Cinema on International Missing Children's Day. To stream (original with subtitles & German dubbed version) go to the film website https://www.wfilm.de/en/an-uncertain-border. Closed cinemas can promote the link via their websites and will receive a share of the revenues from film distributor W-film. As soon as the lockdown ends, the film will also be shown in German cinemas. 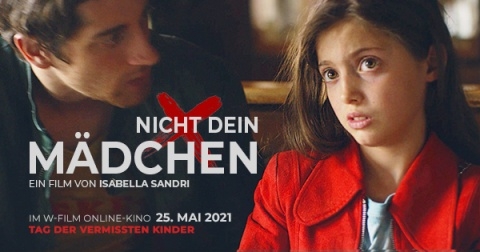